Who is master in hiding?

Who is master in hiding?

Carlos Carvalho: “I am a homosexual. That’s why I mask like a beast.”

„My body is a central theme of my work but at the same time it is a little bit peculiar – I am gay.“ The sentence that make other people be interested in it but it may become a little bit confusing for others. Carlos Carvalho is gay and knows what he is talking about. He was born in Brazil, in the country that has an infamous record in the world – it is situated in the highest place in the chart of hate or even criminal acts against the LGBTI community. Three years ago he left for India and at present he is looking for his luck in Indonesia, in particularly in Kebayoran Baru, which is the southern part of the capital city Jakarta. However, even here it is not friendly for the people of his sexual orientation. In Indonesia the LGBTI community meets with prejudices of the major population while at the same time laws do no protect this community against discrimination. However, Carlos Carvalho could finds his shelter even in a hostile environment – he became a beast! The fact is that in the countries he has lived before there are also feline beasts. No, Carlos has not become a cruel predator but he accepted their fur and hairs and in this mimicry he walks in the jingle called civilization.

„I got this idea in v Rimbun Dahan, in a diverse artistic community situated near Kuala Lumpur,“ Carvalho explains. „Amidst this wild vegetation I was shocked what it hides in itself. And here I understood that it is also my way. I overtook the visage of a beast and I sank into the shades of the tropical forest.“

And this there was born CAMOUFLAGE – that is, masking in the hostile environment. Carlos Carvalho hides himself in the human civilization as a beast in the jungle. He creates his own original topography, and he uses in this process handicraft techniques and materials of everyday life – textile (especially felt), paper or card board. It can be an artistic metaphor for us, but for him also an act of survival. Prejudices have still been ruining human dignity, but art can find a way for hope. Also this is a message of the original presentation of Carlos Carvalho in the exhibition Textile Art of Today, which will last in Danubiana Meulensteen Art Museum in Čunovo from September 9. till November 11, 2018. 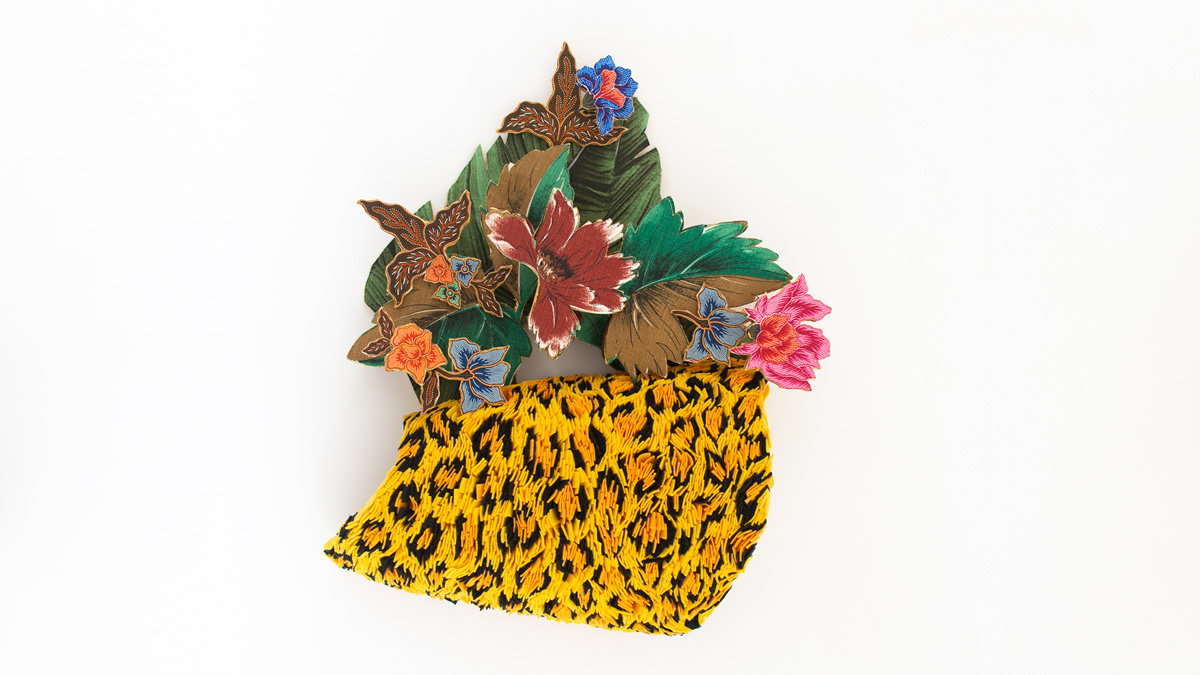 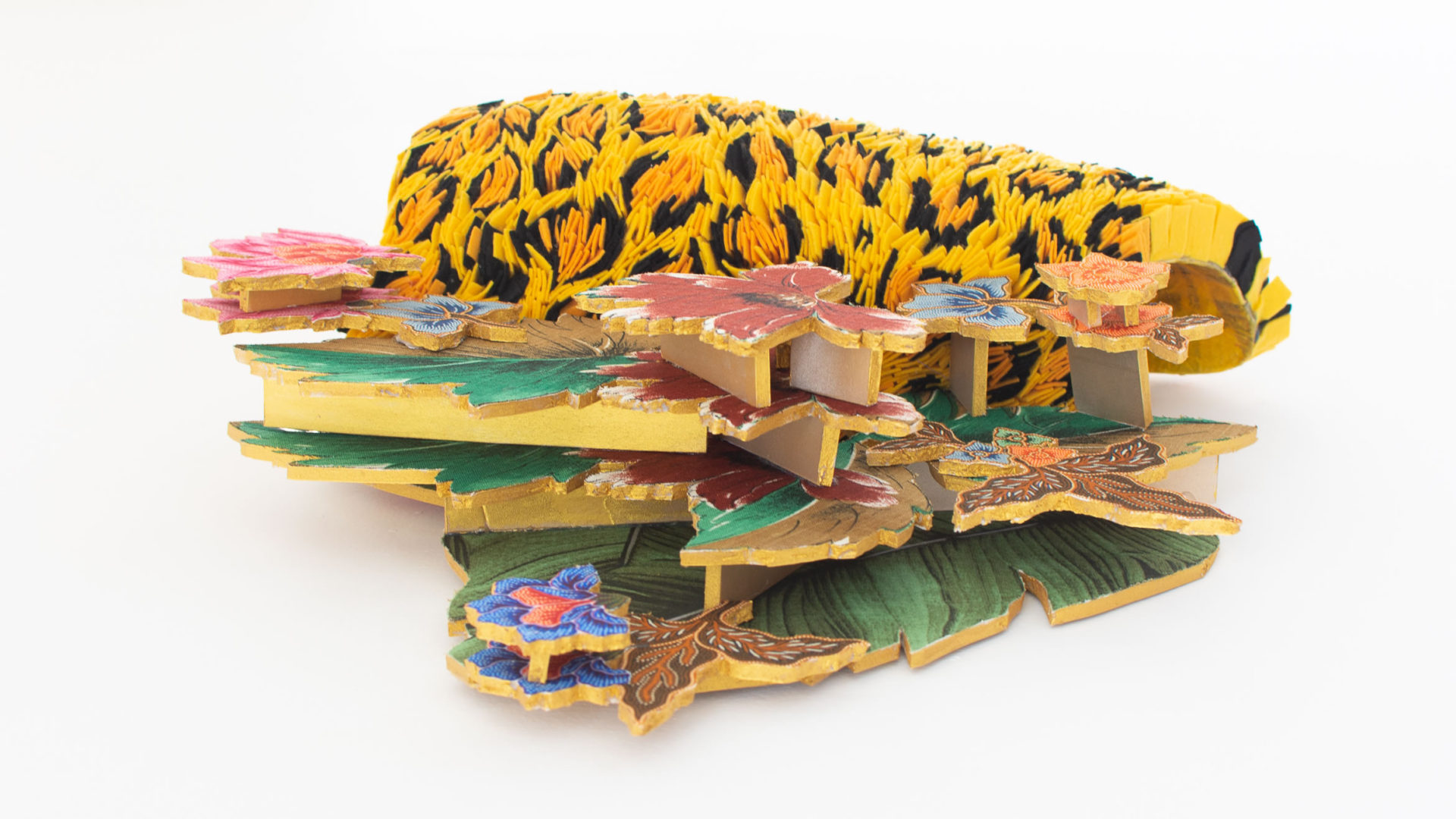 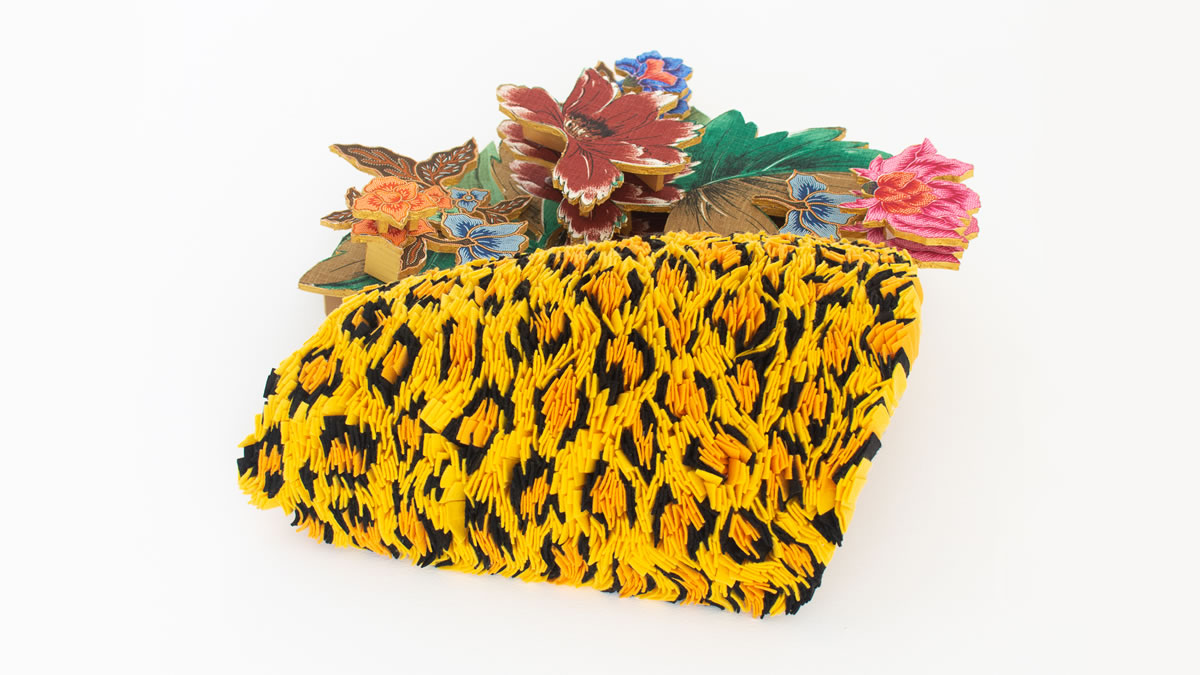 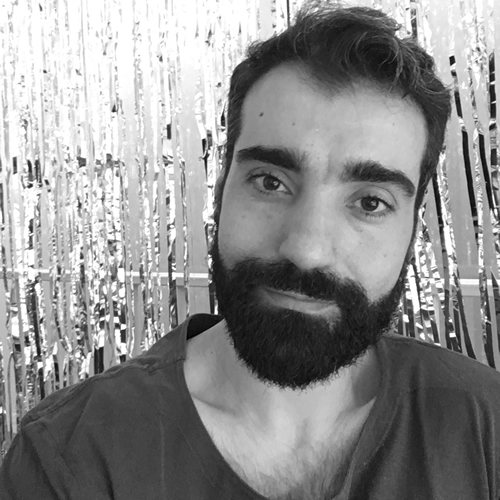