Who is the Textile Lady?

Who is the Textile Lady?

Božena Augustínová – also because of her, there is Textile Art of Today.

I look at tapestries by Božena Augustínová (1939 – 2005) and I am thinking about a woman who had created them. I can say I had known her very well. But I would like to ask her many things more. I look at tapestries by Božena Augustínová and I understand more and more that she has brought me many answers through coloured fibres and threads in her compositions. Sometimes they are more cabinet tapestries, at other times even monumental ones. The carrier of action in her works is always a human being, it is moved by fine arts details which compose stories. They are convincing, attractive but also lyrical or even a little bit nostalgic. When I meet with them I get very quickly to the world in which I feel fine and I yield to silent undulation of memories …

Mrs Božena Augustínová had never felt a need to underline the meaning of her work. That would go against her nature. She preferred others to talk about these works and she listened to them. In those times she smiled kindly and only slightly corrected one’s judgement. I think it is positive that her sons Andrej and Martin follows in the steps of he fine arts story also in the great international project Textile Art of Today. It is very natural that the Main Prize of BOŽENA AUGUSTÍNOVÁ, who had left a marked trace in the Czecho-Slovak textile art, are awarded in this international exhibition.

One of the reasons for that is also the fact that with her rich international exhibition activity she took part in disseminating of uniqueness of the unwoven tapestry Artprotis and Arttex in the world. I want only to add that it is a Czechoslovak and Slovak trade-mark, a registered textile technique of quilting and needling of woolfell which enables one to paint with a textile thread. It is especially her attempt to enter woolfell with other elements, applications, draperies, embroideries, picture or photographic quotations add to the fact that Božena Augustínová can be regarded as a forerunner in those times unthinkable abilities of these techniques in the European context. She took part in many individual and collective exhibitions, while I can say that the most prestigious among them was the exhibition tour in the U.S.A. in 1991, which was finished with the exposition in Capitol in Washington, D.C. Also that is why textile art today is symbolically perceived as homage to her artistic message in textile production.

And to conclude, I will offer confession of Maria Martykánová from the Gallery of South Moravian Museum in Uherské Hradiště – which will become one of the sites of the exhibition Textile Art of Today: „Hundreds, maybe even thousands, of authors have been enchanted by art protis. Some of them maybe only in a brief experiment, others found in it permanent hobby and an endless challenge. Božena Augustínová – Rochovanská, born in Morava, living in Bratislava, who in her large format works of art took this technique into total perfection – original, which cannot be confused with any other author – belonged among the second group of artists.“ 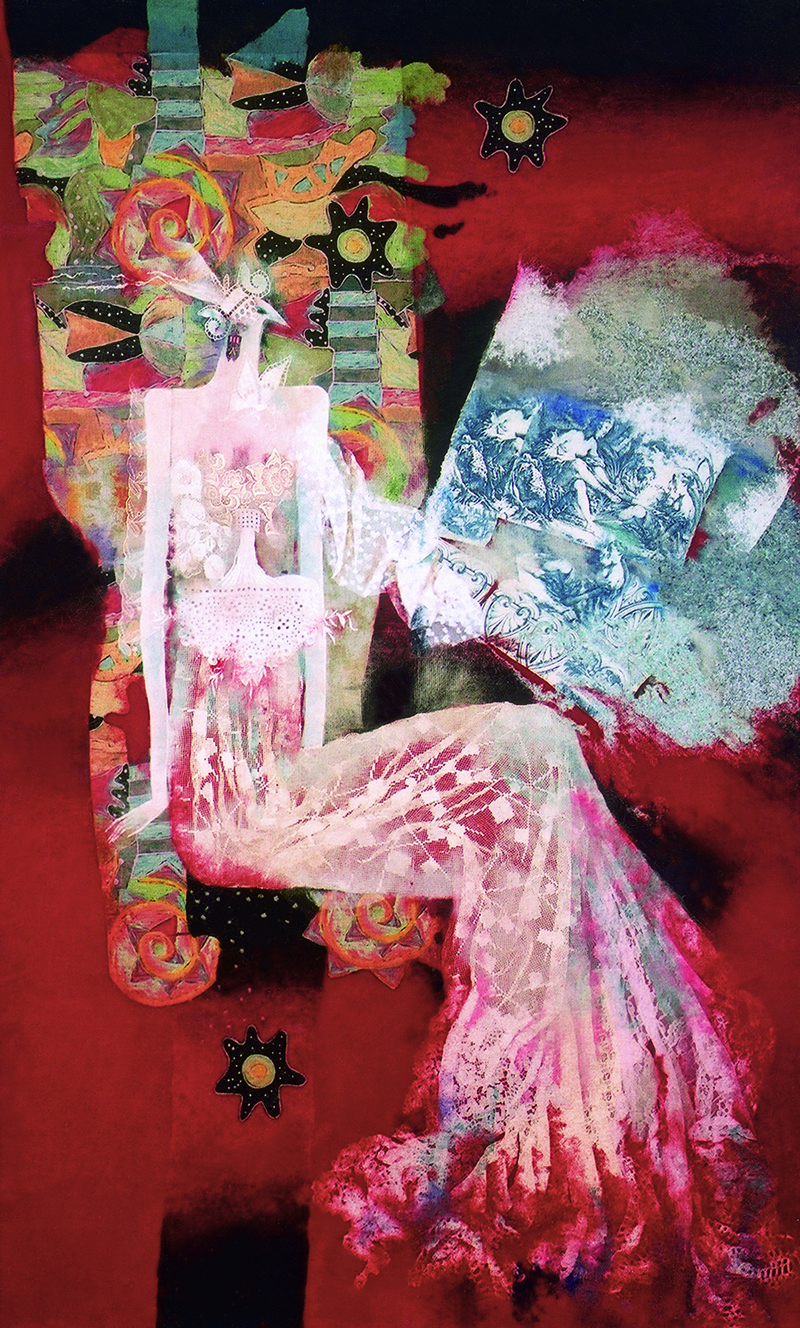 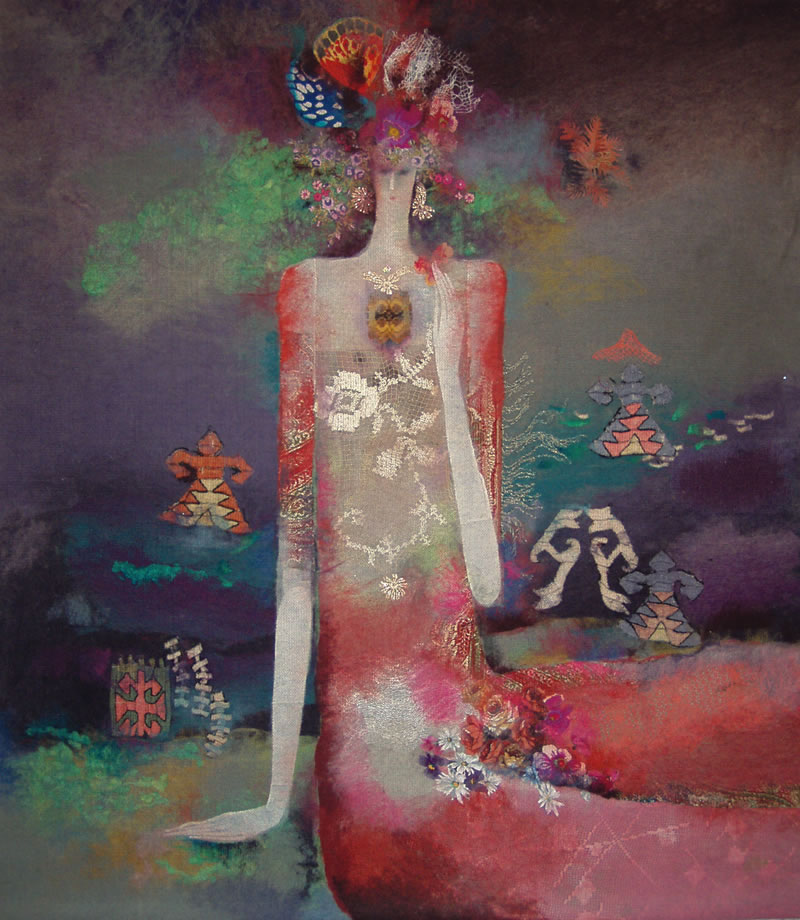 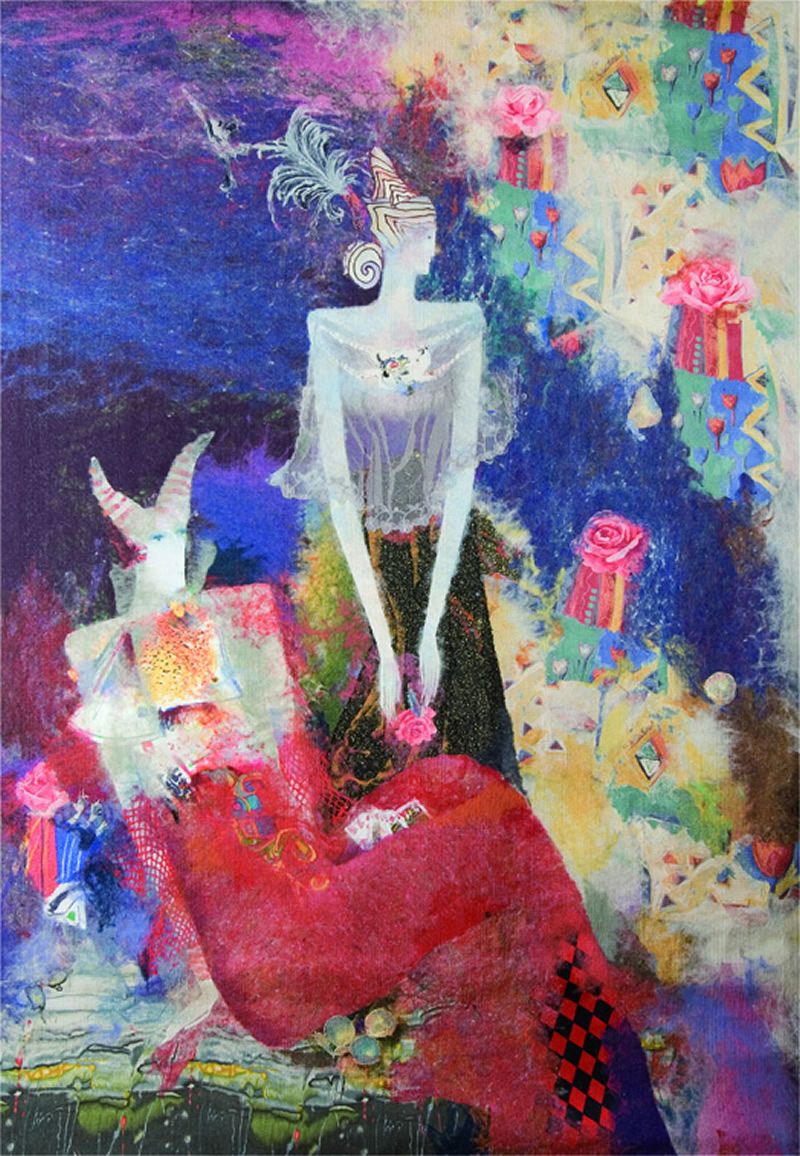 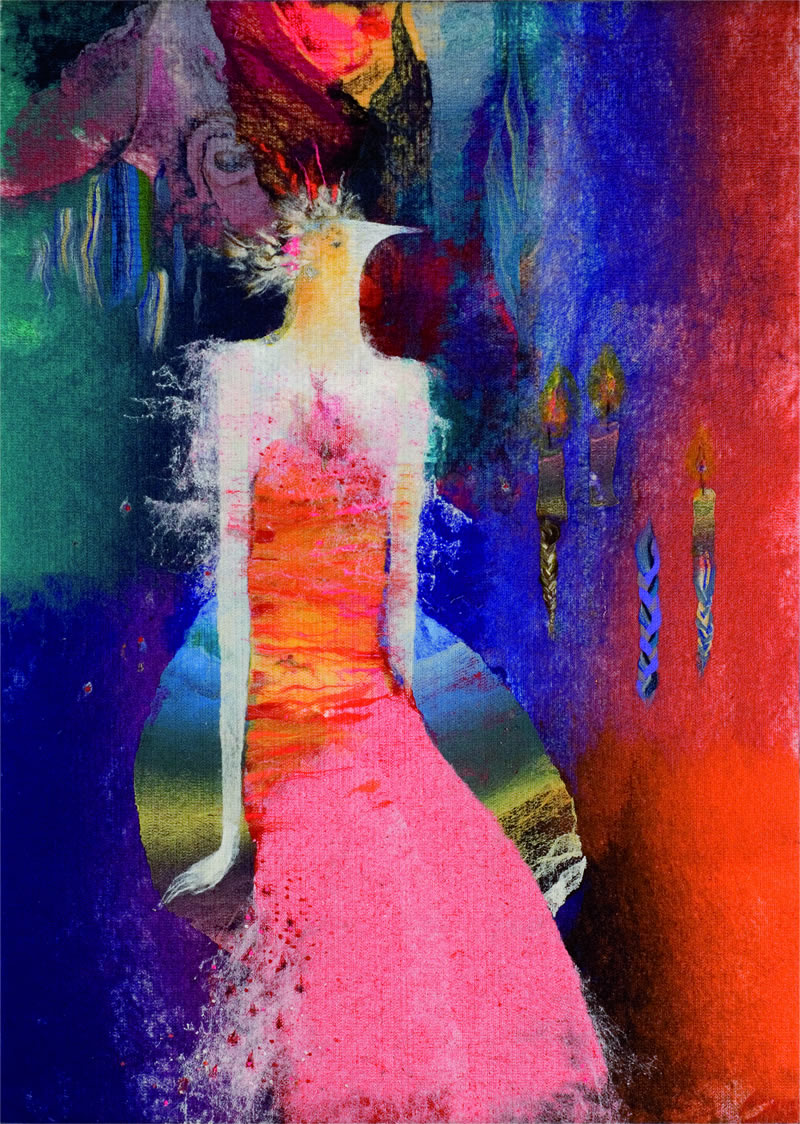 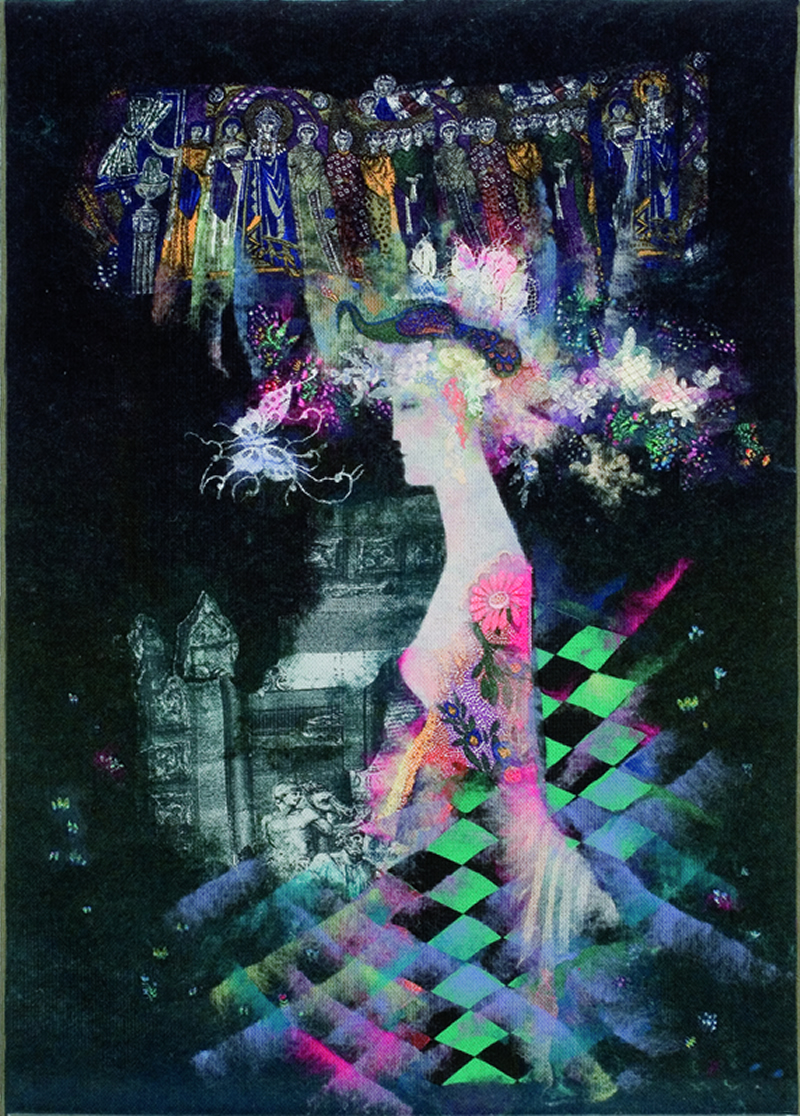 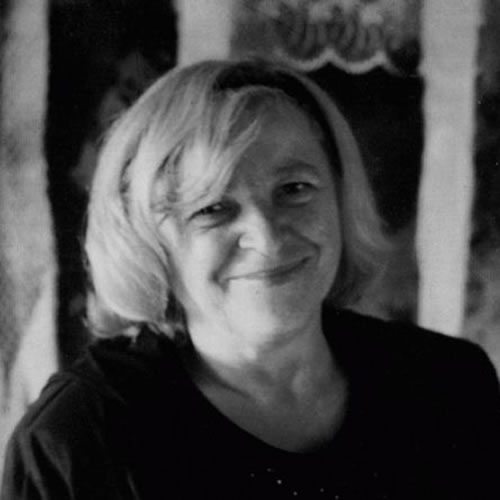