What are Ashley’s delights?

What are Ashley’s delights?

Ashley Catharine Smith provokes. She provokes very much. Already when you open her web page she sticks out her tongue at you. And in fact they are two tongues. He has her tongue clothed in a red piece of textile, she has on the tongue small pieces of mother of pearl. They are going to give each other a warm kiss. Well, a warm kiss, it is even a foreshadowing of the foreplay to a sexual act… You will click further and on the photograph there a naked male body in briefs and on the belly it has alluring red panties. In another photograph there is a woman hiding in dark brown checked shirt. Out of shirt there stick out long stripes of yarn covering her bare pudenda. And again one more click – again there is he and she. They lie naked on bellies on dark brown drapery and their faces are not shown. They touch each other by hands and around his hands and legs there start to be entwined by textile threads and they approach her… Sexual tension can be felt like sparks from their bodies. However, it is not a shallow tension, it forces a spectator to stop, to think or even to re-evaluate one’s own attitudes. „My works use photography and textile fibres in order to learn about relationships between the others and me,” says Ashley Catharine Smith who is at present a doctoral student at Drexel University in Philadelphia and at the same time works as a professional lecturer in the International Centre of Photography in New York. „With a combination of these media I create melodramatic depictions of relationships and sexuality. I study themes of gender equality, manipulation, power, control and trust based on my experiences and confrontation with interpersonal relationships and the pressure of social conventions.“

Ashley Catharine Smith always starts in the process of creation with a photography which she prints and embroiders into it various fibres and threads, she uses for perforations also needles or small metal screws. She thus assigns the arranged compositions new meanings and new subtle nuances. They stress a central theme and point to the author’s ambitions. A woman has not an easy position in the present world but Ashley destroy myths and purify also our perception. By art which does not lack textile. You will see it in the exhibition Textile Art of Today, which will last in Danubiana Meulensteen Art Museum in Čunovo from September 9 to November 11 2018. 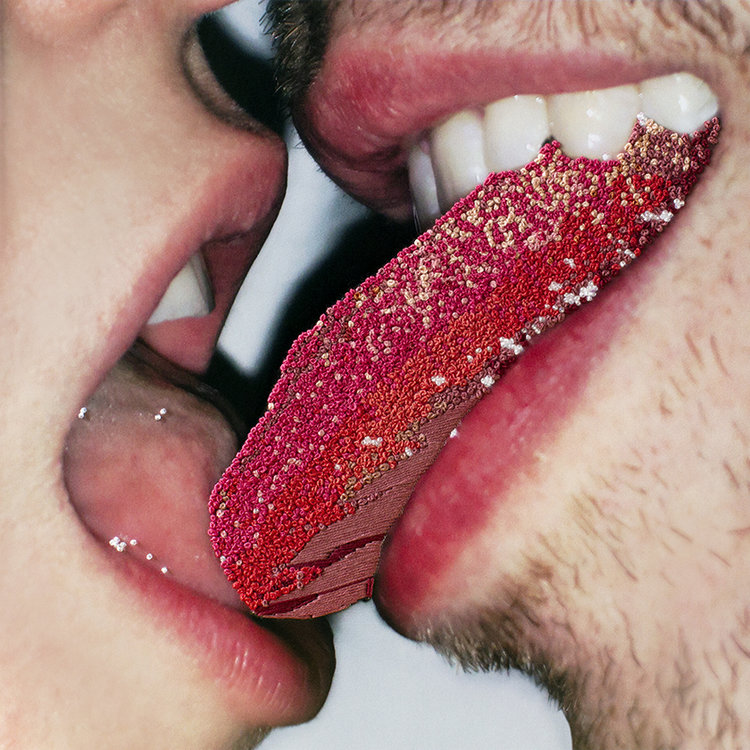 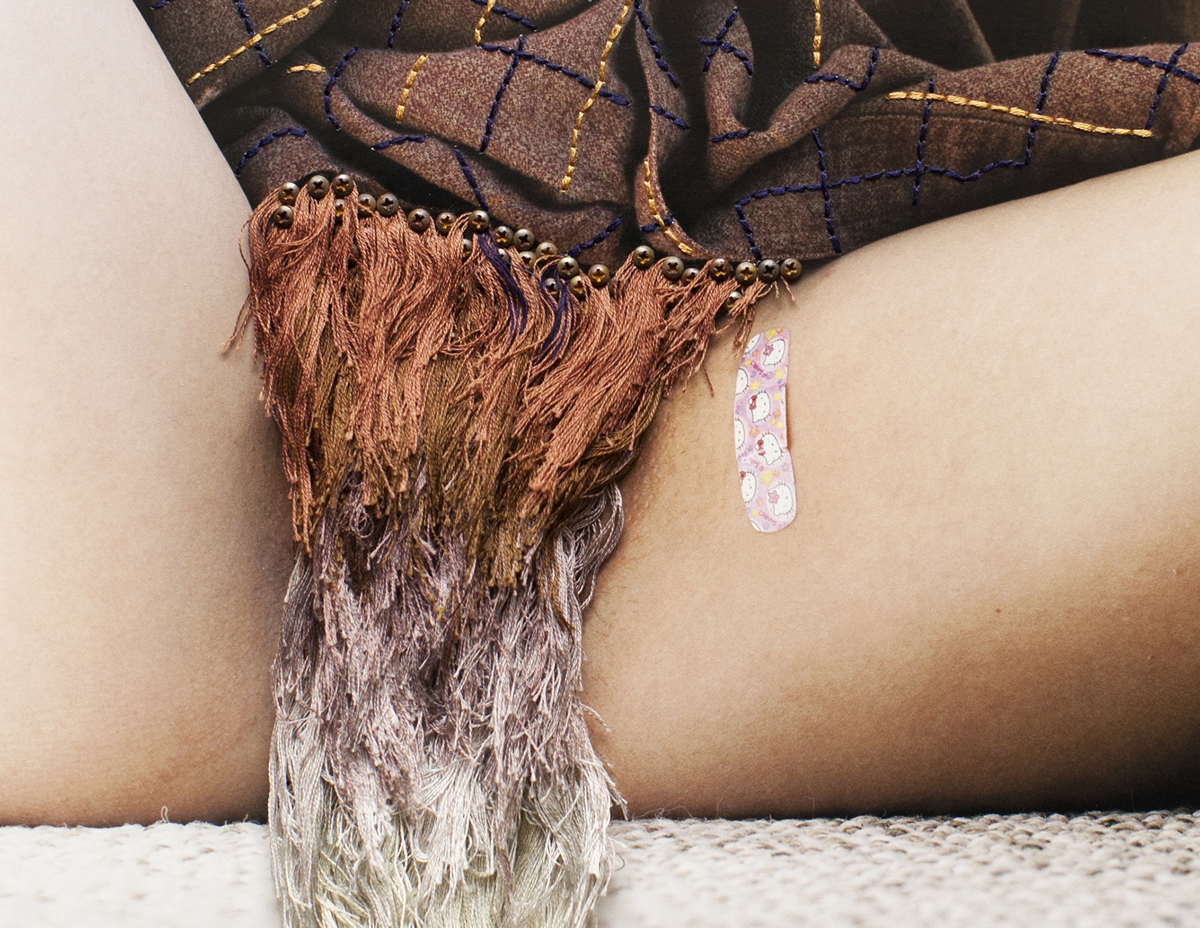 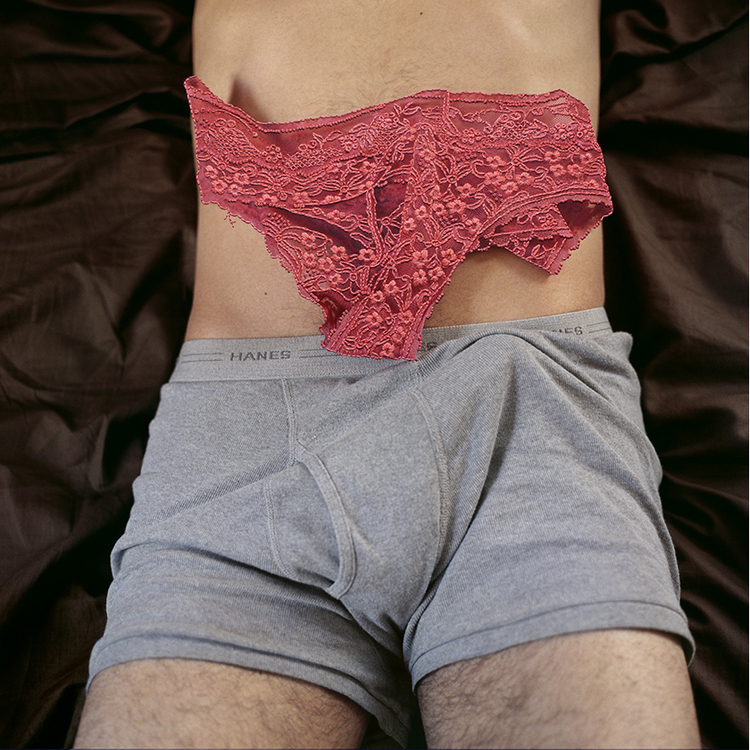 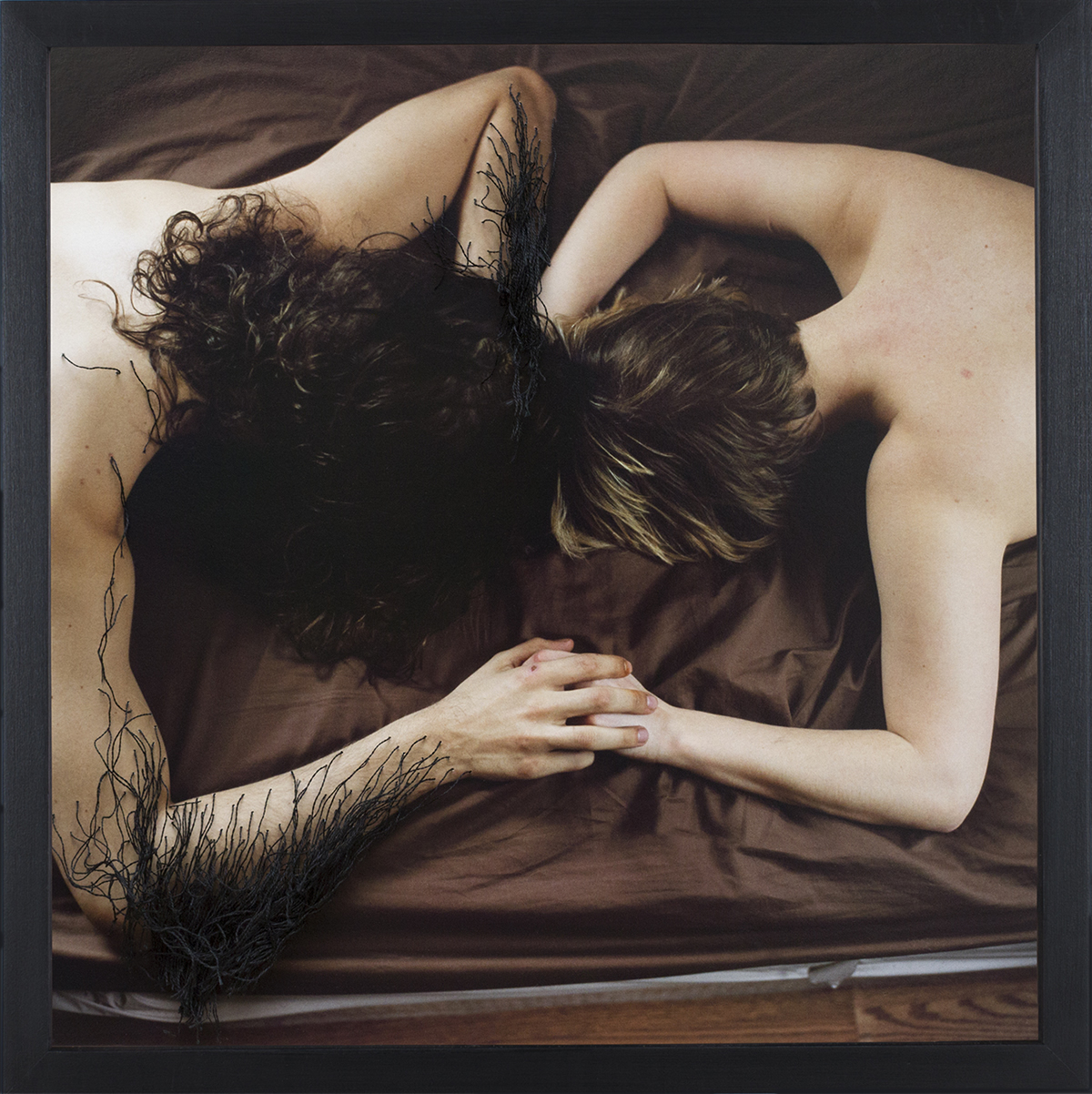 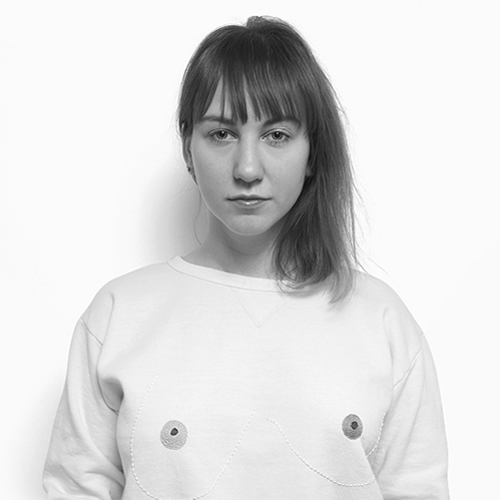