What has Martina stuffed into the socks?

What has Martina stuffed into the socks?

Martina Chudá. Because she asks – what is beauty about?

The video has 17:30 minutes which is in a today world of short video clips is a mighty bite. However, I have been prepared to watch it till the end and I made a good decision. The fact is art needs also a longer course to perceive it, even though it is true that the given performance is entitled Urgency. Martina Chudá clothed herself as a performer in this video into a sexless overall. He impressed her audience as an extra-terrestrial who came to make a probe into their topical perception and sensibility. The author stood in the beginning on the scale and it showed 57.7 kilograms. Besides her in the box there was prepared some meat which she was gradually putting pieces of meat into the scale – yes, also 57.7 kilograms. On the table resembling a dissection table there was a mincer , next ti it there was put nylon knee-socks. And the performer with a surgical precision set to work until she hanged all knee-socks filled with meat on the nearby standing hanger. This performance last in a real live show around three hours, but the video made it shorter into the above mentioned video 17 minutes and 30 seconds. „The performance URGENCY is focused on the phenomenon of perception of physical beauty connected with a doubtful attempt to be perfect,” states Martina Chudá, who graduated four years ago at the Pedagogical Faculty of Comenius University in Bratislava. „The video this points to the fact that we are exposed to always the same images presenting certain physical image as the right one leading to stereotypization, and aberrations and imperfections lead on the other side to stigmatization.“

Urgency of this video does not lie in the speed of submitting the information or in the dramatization of action. However, in its existential atmosphere it creates space for thinking: about seriality, consumerism, emptiness of values, fake images and relativity of ideals. Martina hid herself under the layer of textile in order to move other parts of her body into another textile. She made an equation between the weight of human body and amorphous meat. The more cynical people would say that a commodity is as another commodity, the more learned people would start to think about a consumerist culture fetishizing the outer side. It depends on the sensibility inside all of us. I will only add that this author created 99 object and that the used meat was after the performance given to the asylum for dogs in Trnava. Also this kind of thinking brings the fine arts project Textile Art of Today, which will last in Danubiana Meulensteen Art Museum in Čunove from September 9 to November 11. 2018. 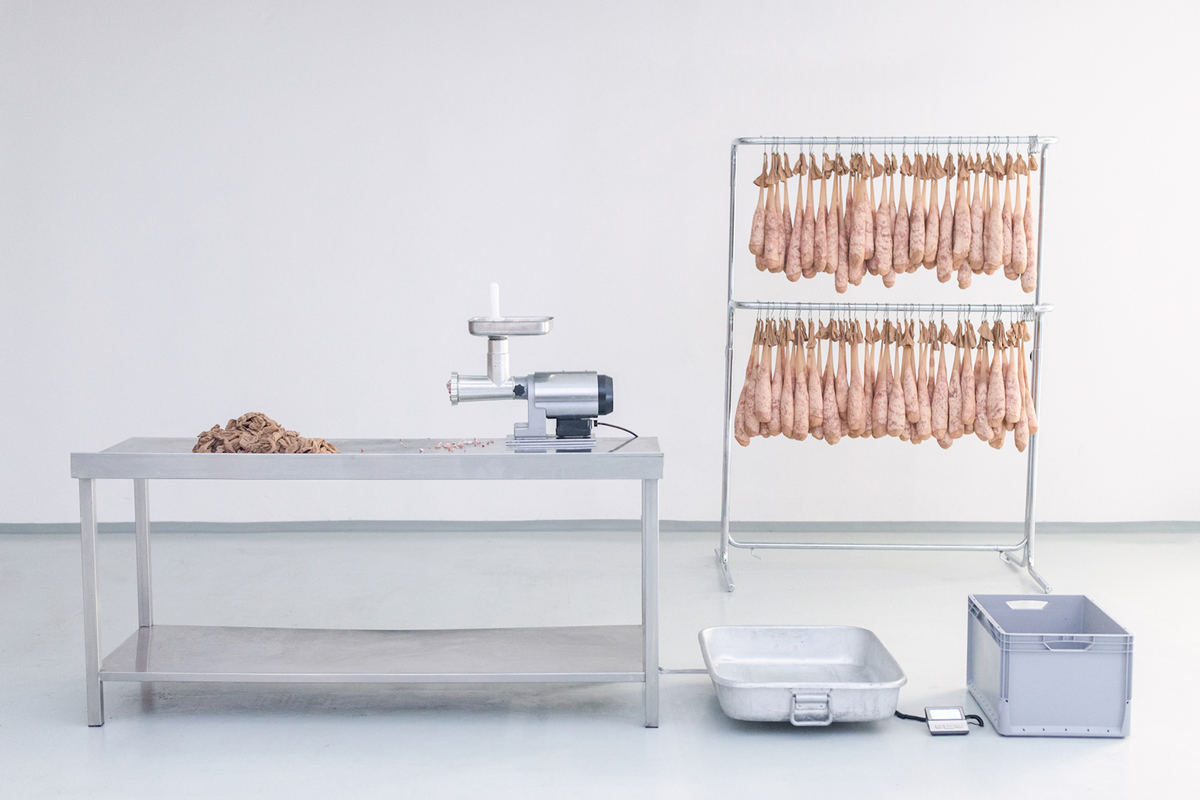 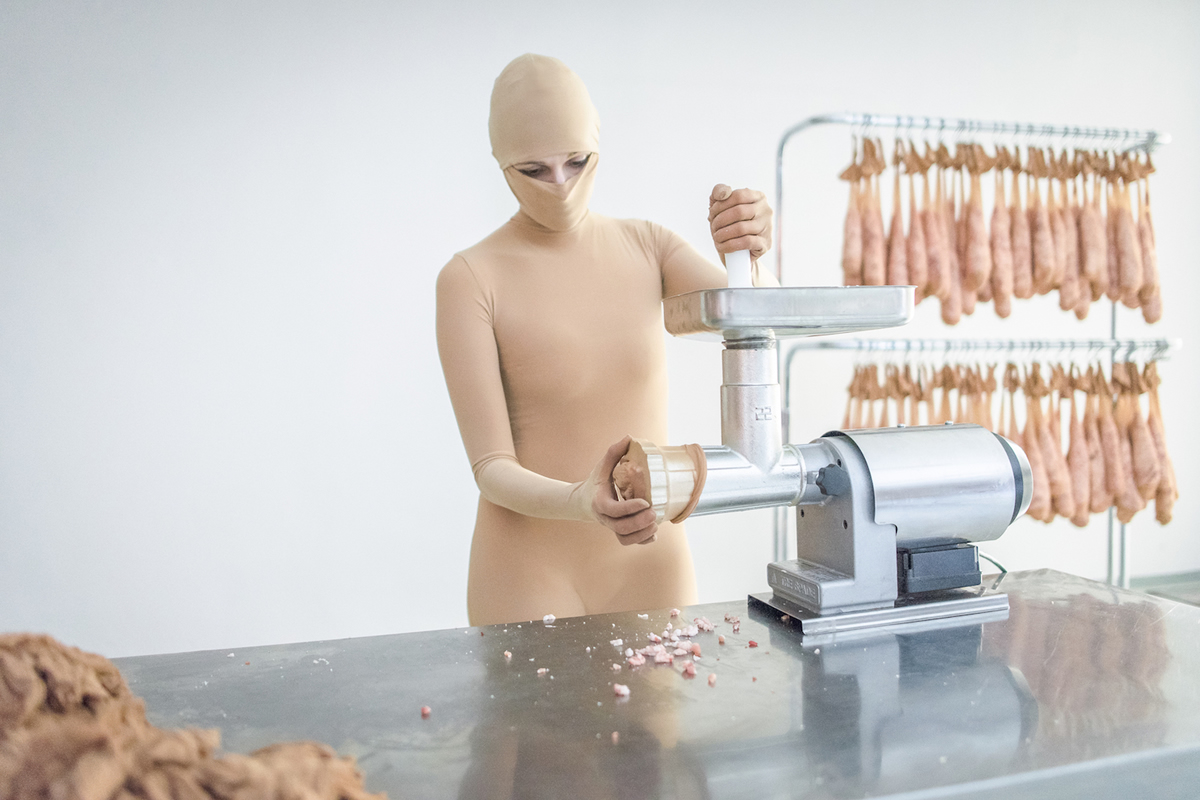 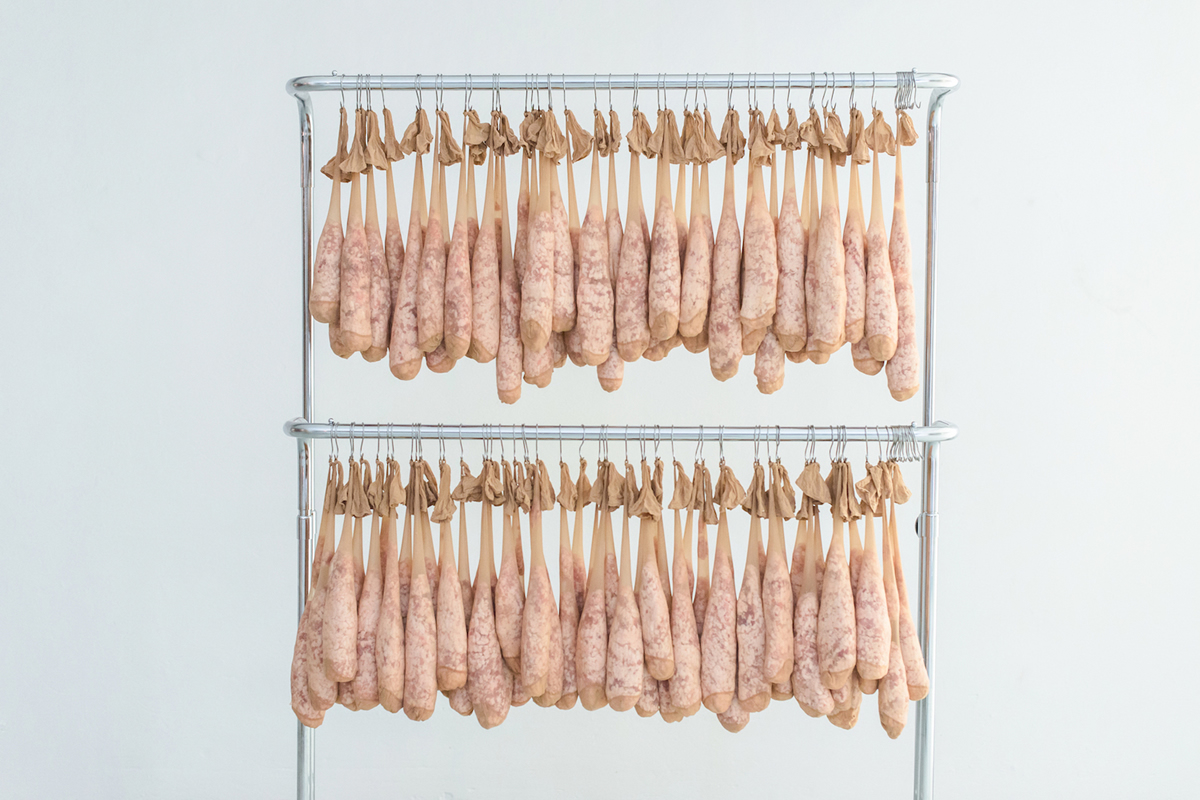 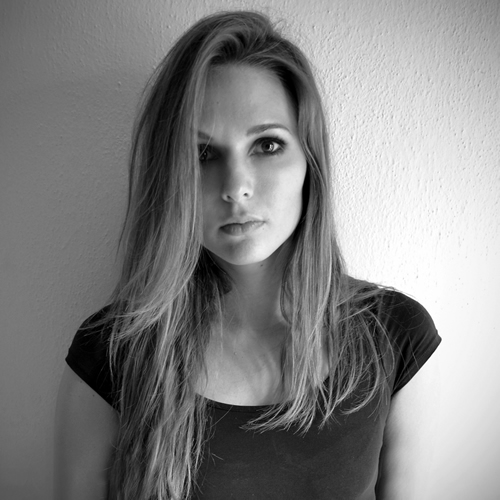