Who hit most nails on the heads?

Who hit most nails on the heads?

Marian Bijlenga has the largest exposure in Danubiana.

Stories of people have different fates, stories of artists are furthermore accompanied with an ambition to submit something more – to themselves and others. Due to being gifted they can see things seemingly invisible and also to make something monumental also out of small things. As for example Marian Bijlenga from the Netherlands. She paints her large area patterns on the walls. Well, the word paints is maybe not totally exact but when you look at her works from a greater distance, they seem to be painted. But when you come closer, they resemble photographs from pinterest. They literally resemble thematic collections from a noticeboard entitle crossroads of life. And when you come very close, you will find out that they are in fact small pictures which lie several centimetres in front of the wall. „They are spatial drawings,“ states Marian about her works. „However, I do not draw on the paper but into the space and the main material is textile. I am fascinated by dots, lines and contours which circumscribe an empty space by their rhythmical movement.”

To watch Marian Bijlenga during her creative process is like to be present at the class of art therapy. She puts her threads of fibres slowly into small compositions and nails them down on longs pins or small nails. „What inspires me? Especially nature, rustling of leaves, whirling of water or mushrooms growing on rocks and trees. But it is everything around us, a contour of a tree, of a mountain in the distance or a flight of a butterfly.“ Marian does not hide anything and she even reveals her technique. She even made it public on the video. She seams and quilts flexible horsehair on the sewing machine into various patterns, she pours water on it, she clips it on the wall as another picture into her patchwork. She cleaves small pieces of wood, she paints on them, she glues them together and then again nails them on the wall. This video is entitled Slow Freeze. Marian selects pieces of reality and creates new reality – artistic reality, which is noble and maybe also frozen. By putting flexible objects and miniature things in front of the wall she involves also a shadow on the white wall into her game of fine arts. She has been doing it for a longer time when she was creating charming small rooms full of magical pictures and she is doing it also today when she is bringing her viewers pleasure from finding everyday things in new relationships. Her installation with the dimensions of 9 x 4 metres will belong in the exhibition Textile Art of Today among the largest exhibits. However, with her small features it will be an intimate story of small things around us which are exalted to dots of our “memory and sensibility”. 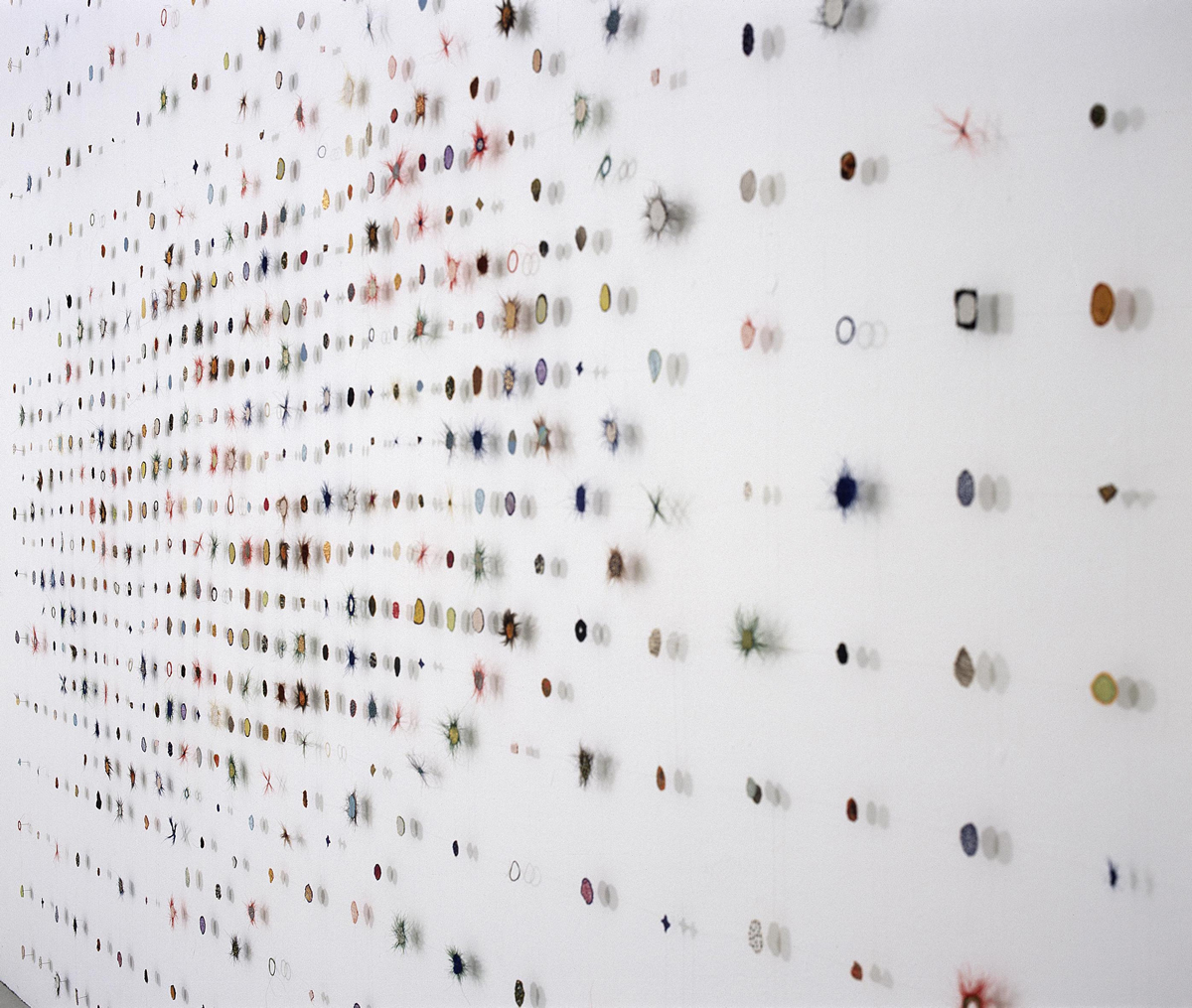 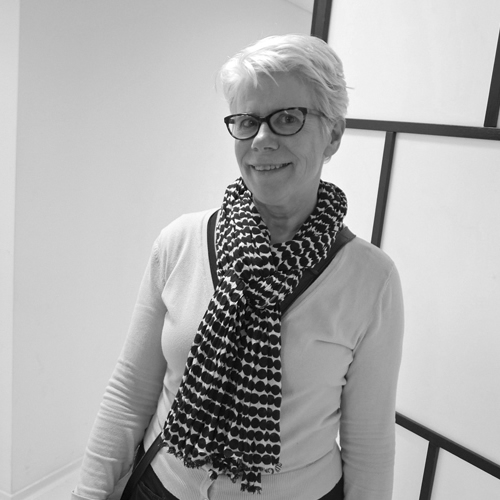