Who is an expert in nose twisting?

Who is an expert in nose twisting?

Also visual art can smell fine. It does not have to be assigned for an eye or for a touch perception, but also for all other senses. Canadian Michel Gautier will immerse you into his world in such a way that you will perceive it with every cell of your body. How is it possible?

Everything important for Michel Gautier started in the year 1993. He created a space for senses for the National Botanical Garden Mascarin in the island Reunion situated in the Indian Sea. „The exhibited sculptures stimulated all five senses in the mind of a viewer,” Gautier explains. „Various sense perceptions attacked a viewer and especially odours that released a stream of his memories and moved him into his/her own past. Along with a viewer I became a creator of the viewer’s experiences.”

Michel Gautier is a nomad travelling across continents. He calls himself a migrating artist with a soul of many cultures. He was born in Africa where he was discovering almost forgotten tribes. Then he set on a journey to the above mentioned island in the Indian Ocean, he was later discovering unfamiliar sites in France, from where he moved in steps of American Indians until he finally stayed in the town Val-David in Canadian Quebec. He was especially fascinated by a mystical idea of primitive tribes according to which every object has its own soul. He was literally hypnotized by their culture and moved him forward. He was tirelessly searching, looking for mutual relationships and common starting points. „Cultures in various continents have something in common and areas where I had lived, naturally took me to understanding of one’s own identity,“ Gautier says. „I understood that the Earth is a unique place for living, where the past is blended together with the presence and where everything is connected with everything else.“

And then Totemic Forest came – that is, a sort of forest of totems. It is Gautier’s environmental answer to deforestation of earth surface. He started to use wood matter. In cooperation with paper mills St. Armand in Montreal he developed recycled paper from cotton fibers and started to build his totem forest. He created installations, in his exhibitions he was enacting a performance. Their aim was obvious: tension and imbalance between man and nature, but also a vision how to make harmonious this relationship. They are metaphorical tapestries in the form of trees (he uses digital photography, computer graphic art and engravings) in forest in which the author himself as a wild shaman from an African tribe. It is an impressive search of common roots but also finding of starting points. Questions and answers. There came a time to think in a different way! And where is a smell? Just about 15 years ago Michel Gautier started to cooperate with Michael Moisseeff, who has a doctoral degree in the field of plant biotechnology and who creates for Gautier’s installations special odours. And how do these installations smell? You can “smell” them but also touch them and see them in the exhibition Textile Art of Today, which will last in Danubiana Meulensteen Art Museum (SK) in Čunovo from September 8 till November 11 2018. 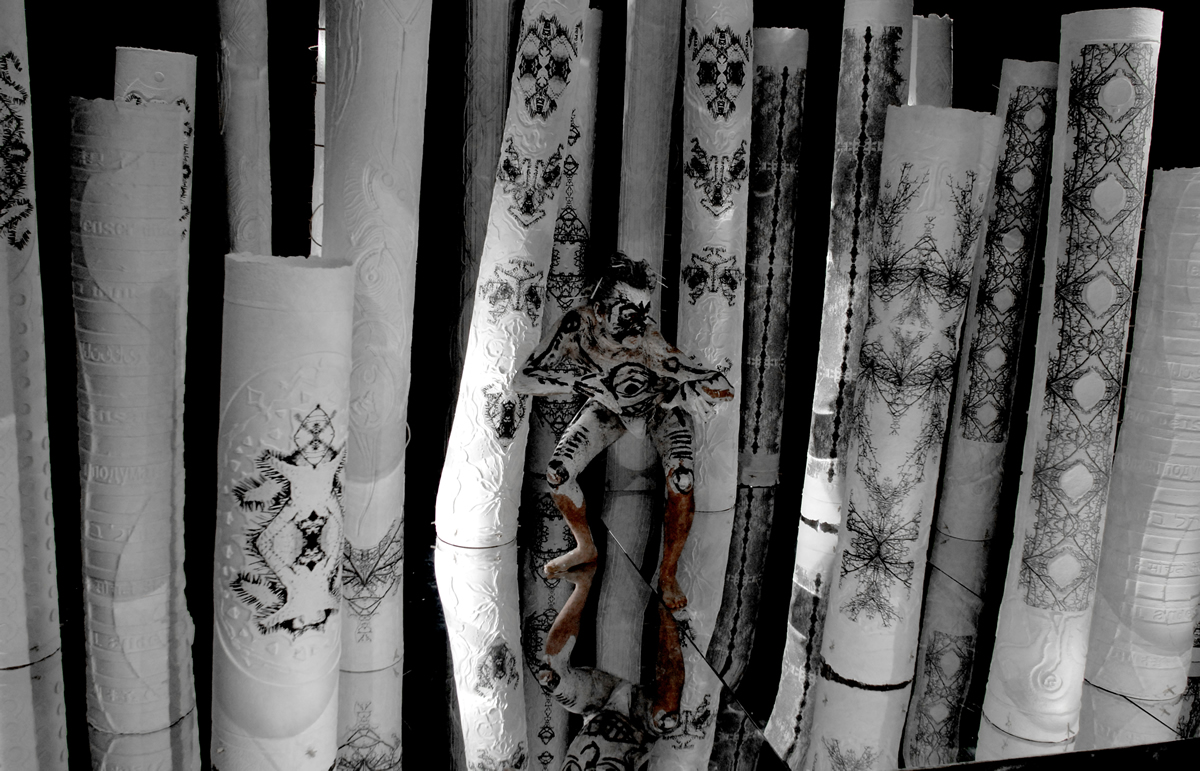 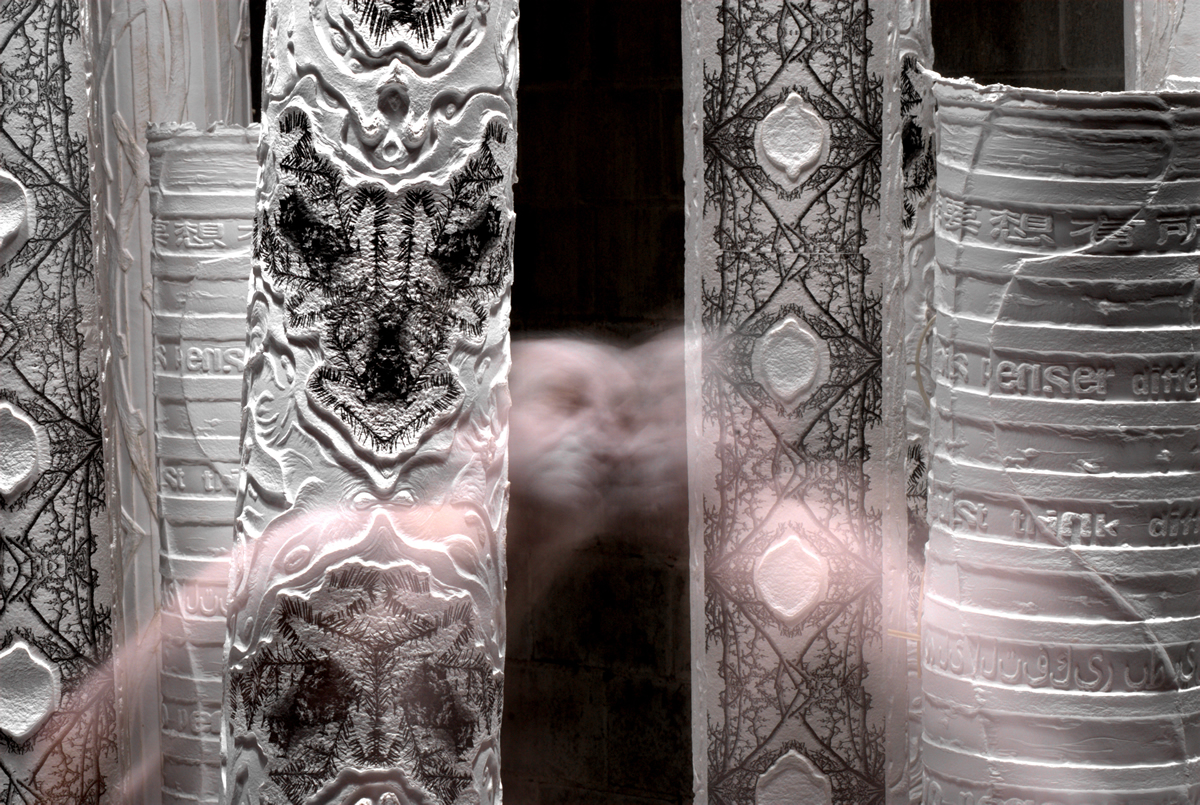 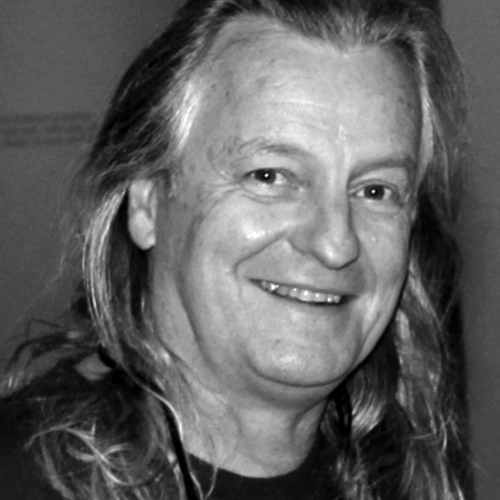